In the summer of 2014 we took a family road trip to visit the Maritime: New Brunswick, Nova Scotia and Prince Edward Island. There are approximately  one thousand eight hundred kilometers from Toronto to Halifax via Trans-Canada HWY. We decided that two weeks should be enough. One week for Nova Scotia and one week for PEI.We were interested in Cape Breton scenery, Peggy’s Cove  and PEI beaches. We just passed New Brunswick and had our first stop in Moncton, Holiday Inn hotel. After a restful night at the hotel we were ready to reach our destination.

I have to mention that there was only one driver, my hubby. I don’t drive but I had other duties instead: to keep him entertained. For this we had prepared music CD’s and comic books from which I read from time to time.  If my daughter was taking a nap I stayed awake so I could keep him alert.

In Quebec we had some construction areas and we had to take a few detours but once we exited Quebec, the HWY was deserted.

After we checked in at Dartmouth, Ocean-view Hotel we headed to walk the Halifax shores. 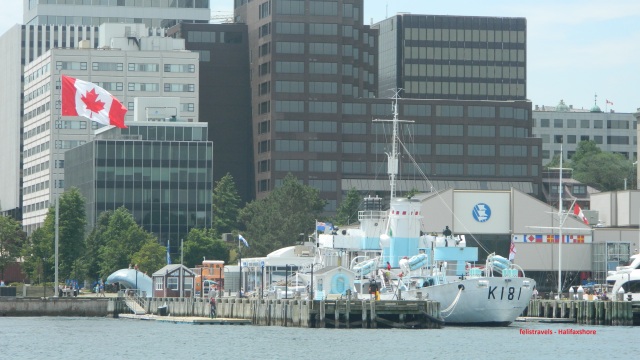 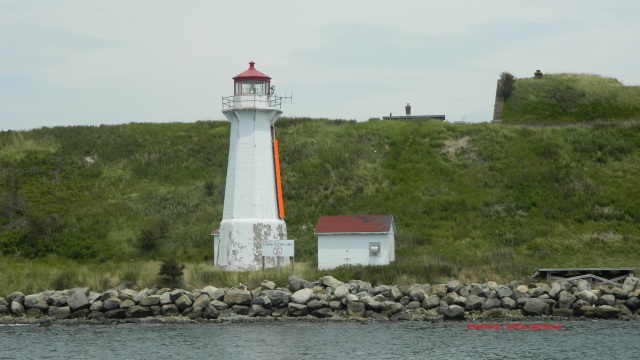 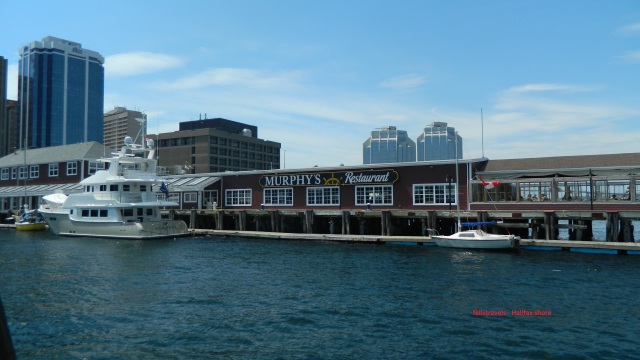 It was a very beautiful first day on Halifax shores.

As a child I was a very picky eater. My mother always had a hard time make me eat. Don’t get me wrong, she was a great cook and growing up I was able to appreciate it. As a child I was very stubborn when it was about food, and I  had just a few dishes I would eat. Curiously spinach pureed was one of them.  Back home we would call it ” Spinach pureed with garlic and milk ( or sour cream ) “. My mother would serve it with  fried eggs and a quick potato pan buns. To be honest I think I loved the buns more and I think she knew that because  she would refuse to make them without the spinach pureed. LOL

Bring a large pot with water to a boil and when is bubbling add the spinach. Do not cook more than five minutes. We don’t want to miss all the vitamins. Strain the spinach and let it in the strainer to lose all the liquid. You can press it from time to time with a spoon.

After the liquid is drained minced the spinach very well on a cutting board. Place the minced spinach back in the strainer to lose the liquid if there is some left.

Preheat the oven as per potato package instruction and bake them for about 15 minuteas or as indicated on the bag.

In a deep skillet add the olive oil and the garlic and cook for one minute.  Add the flour and stir. Add the yogurt and the milk and cook to a low heat until it looks like a smooth sauce. Add more yogurt or milk if needed. It should have the consistency of a sour cream. When the sauce is ready add the minced spinach and cook for about 1 minute stirring continuously.

Serve it with spicy French fries. All I could say is that I was asked for more 😉 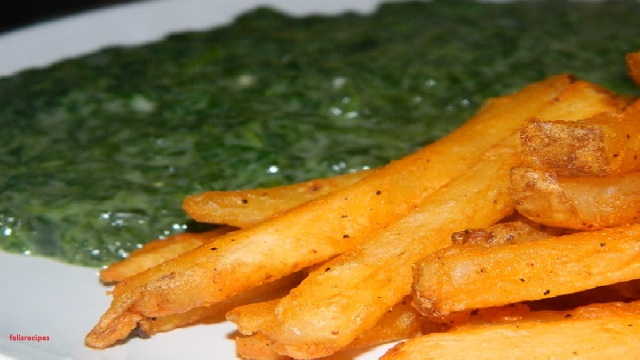 I really have to try this for my hubby next week. I will come back with a feedback 🙂 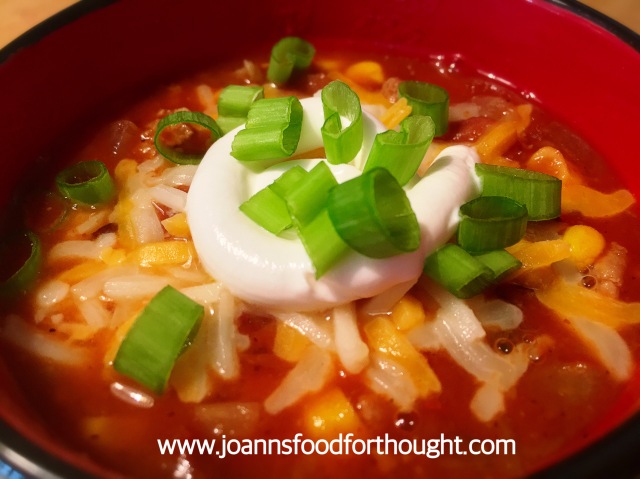 Am I the only one that makes casseroles, chili, soups and stews all year round? Sure, they warm your belly in the winter months, but why shouldn’t you make your belly happy all year long? This chili came from my mandatory weeks of softer foods diet. I mean don’t get me wrong, eating ice cream without feeling guilty was fun for a day. But I started wanting something tasty and filling and maybe even a little healthier. Bonus is this is a one pot dish. Less to clean up.

I love a one pot dish. Less mess, less to clean. So keep it simple and stop there I tell myself. But alas, I always have to go an extra step. Why not make an avocado cilantro dressing to garnish th…